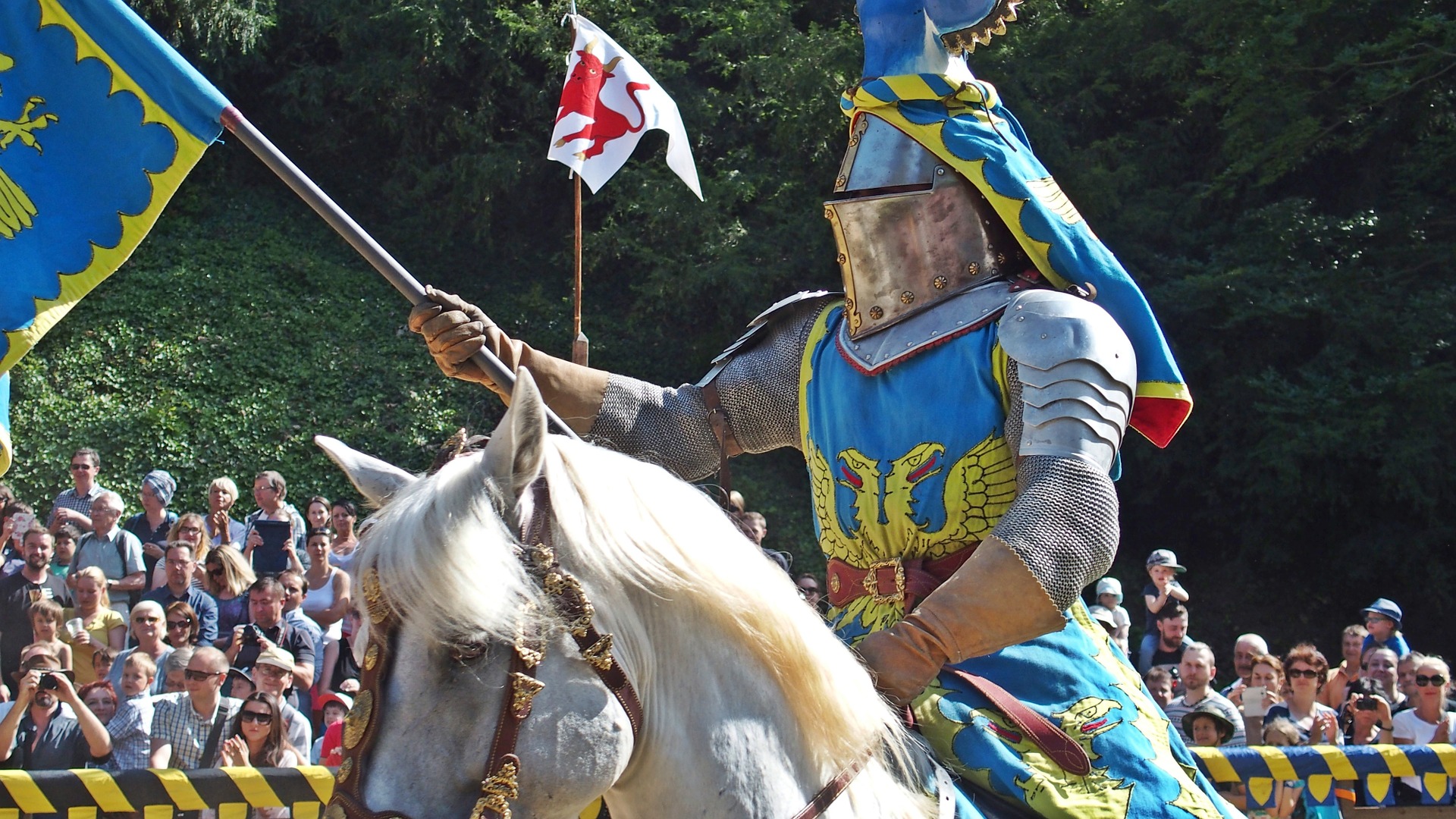 Twas upon a field bright and gay,
An errant knight died one day.
For women he held close-at-heart,
One very near, and one apart.

A tournament joust he came to play,
Sporting banners the breeze did flay.
With lance and sword of finest gold,
A champion true, the bards all told.

A lady fair did he enchant,
Admirer of the knight-errant.
Another still as yet untold,
Was yet a love that could unfold.

For promise to the lady fair,
The errant knight did state a care.
Unwed twice his temple woe,
He took her-a maiden-long ago.

Yet, in his heart was lodged a lump,
A savage fever for a trump.
A Queen of Hearts he’d fallen for,
Another dream, unclaimed amor.

Life with either one a charm,
He did not want to give one harm.
So secret his confessed desire,
The Queen of Hearts, his hidden fire.

So ere he went out to the field,
The lady’s pendant he would yield.
And from the Queen of Hearts he shied,
A look of shock and smile to hide.

A bane did he confess to her,
A passion in his heart.
A constant longing did he harbor,
Her love to him impart.

For both alike were the two,
The Queen of Hearts and knight-errant.
Love for the lady too; imbued,
Both were so verdant.

Then forth upon the field to play,
The knight rode out in trumpet’s bray.
Announce to him a good knight won.
An undefeated champion.

Cheers rang out among the crowd,
The deafening din a cry aloud.
To open up the gates of hell,
Which spawned the errant knight’s love spell.

Lances up, both breached each other,
Gloves enclasped, exchange good tide.
The errant knight then turned to smother,
A feel of dread he could not hide.

Love the two he did indeed,
He readied then, his mighty steed.
Trapped he felt, by his heart’s blunder,
Lance low, charged on hooves of thunder.

Fast the adversary came,
In that moment-split, a thought,
Grew into the good knight’s brain:
I can’t have both-Lord give me naught.

Hard hit he was, his helmet struck,
The champion’s lance-his throat had tuck.
Two cries he heard upon the field,
As unto death-grip he did yield.

The Queen of Hearts and lady fair ran out to the knight-errant.
First ireful was the lady fair; she took from him her gold pendant,
A look of grief replaced the smile the Queen of Hearts did rend,
And so the errant knight found that the joust was at an end.

‘Fore death’s long sleep to him embraced,
Satisfaction crossed his face.
Seeing glistening tears upon her tress,
He laid his head upon her breast.

Though blessed by the eternal knife,
He’d found the true love of his life.
To him a peace had come to pass,
He’d won his joust-of-love at last.